What is the difference between tax agent and tax representative?

EuroTax / Resources / News & Blog / News / What is the difference between tax agent and tax representative?

The tax representative and the tax agent have the same mission in terms of VAT, which is taking care on behalf of their client of all the formalities and reporting obligations. The main difference between the two lies in their mode of action and the extent of their responsibility.

What is a tax agent?

A tax agent is appointed by a company established within the EU to manage its VAT reporting obligations in another Member State in which it is not established.

As part of his missions, the tax agent is responsible for obtaining a VAT number, declaring VAT and intrastat on behalf of his client. The tax agent must also ensure compliance with the deadlines for the payment of taxes due by the company that mandated him.

Calling on a tax agent provides many advantages to the company that has requested it. Since in the European Economic Area, the management of taxation related to VAT varies from one country to another. As the VAT rates change according to the countries, the languages ​​which are different, the techniques of application of the exemption also differ according to the country.

What is a tax representative?

A tax representative also takes care of all the management of VAT reporting obligations for a company established outside the European Union. He acts in his own name, and this is why he is personally committed to the tax administration and must be accredited beforehand.

In the follow-up of his missions, the tax representative must:

 Present to the tax authorities all the operations supporting documents of the company he represents;

 Present the company’s books of accounts to the tax authorities;

 Declare the turnover of the company represented.

Why appoint a tax representative?

Under what circumstances a company doing business in France must appoint a tax representative?

It should be noted that companies with a French tax assistance agreement (according to the decree of May 15, 2013 setting the list of countries* that are not members of the European Union with which France has a legal on mutual assistance having a scope similar to that provided for by Council Directive 2010/24/EU of March 16, 2010 and by Council Regulation No. 904/2010 of October 7) must not appoint a tax representative .

Companies established in member countries of the European Union or the European Economic Area are to be excluded.

According to Article 289 A of the General Tax Code, companies established outside the EU must appoint a tax representative in France if they have declarative operations in France; or if they are liable for VAT there.

Note that the appointment of a tax representative is a legal obligation for all foreign companies, not established in France and in the European economic area.

For more information, you can contact us or visit our page.

PrevPreviousIOSS: the Import One Stop Shop in the EU
NextTax representative for withholding tax of its employees in FranceNext 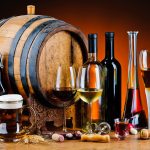 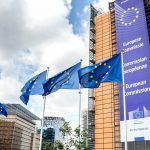 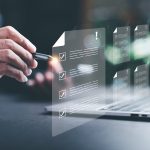 Reform of the customs declaration: major changes from 2023 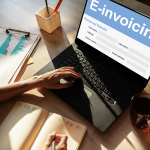 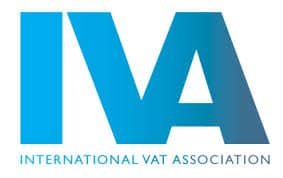 Copyright ©
2023
- All Rights Reserved - EuroTax
Contact Now
We use cookies on our website to give you the most relevant experience by remembering your preferences and repeat visits. By clicking “Accept All”, you consent to the use of ALL the cookies. However, you may visit "Cookie Settings" to provide a controlled consent.
Cookie SettingsAccept All
Manage consent

This website uses cookies to improve your experience while you navigate through the website. Out of these, the cookies that are categorized as necessary are stored on your browser as they are essential for the working of basic functionalities of the website. We also use third-party cookies that help us analyze and understand how you use this website. These cookies will be stored in your browser only with your consent. You also have the option to opt-out of these cookies. But opting out of some of these cookies may affect your browsing experience.
Necessary Always Enabled
Necessary cookies are absolutely essential for the website to function properly. These cookies ensure basic functionalities and security features of the website, anonymously.
Functional
Functional cookies help to perform certain functionalities like sharing the content of the website on social media platforms, collect feedbacks, and other third-party features.
Performance
Performance cookies are used to understand and analyze the key performance indexes of the website which helps in delivering a better user experience for the visitors.
Analytics
Analytical cookies are used to understand how visitors interact with the website. These cookies help provide information on metrics the number of visitors, bounce rate, traffic source, etc.
Advertisement
Advertisement cookies are used to provide visitors with relevant ads and marketing campaigns. These cookies track visitors across websites and collect information to provide customized ads.
Others
Other uncategorized cookies are those that are being analyzed and have not been classified into a category as yet.
SAVE & ACCEPT