The regulation of excise duties on alcohol is governed by several European legal acts:

Since its adoption, these directives have not been modified, despite a few attempts of the Member States.

Revision of the guidelines for alcohol excise duties

Within the framework of the program of Regulatory Fitness and Performance Programm (REFIT), the European Commission has selected directives 2008/118 / EC and 92/83 / EEC for impact studies and modification. The studies revealed that those directives were not adapted to the current economic context, placing heavy legal and administrative burdens on economic operators.

The European Commission has therefore proposed their revision in order to harmonize and simplify EU excise procedures, reduce the legal burdens and administrative costs for economic operators.

The Final proposal COM (2018) 346 which amend the Directive 2008/118 / EC resulted in a final text being Directive 2020/262 / EU. With the aim of reducing administrative costs, this new Directive namely introduces the digitalization of of the declaration of duty paid B2B flows in. As the Commission recalls, the digitalization of previously paper-based procedures for the movement of excise goods under duty suspension has enabled Member States to save the equivalent of 720 full-time employees per year, or 32 million euros per year. This expansion of digitalization is therefore expected to yield a positive economic return.

Member States must transpose this directive by no later than 31 December, 2021 for an entry into force on 13 February, 2023.

The proposal for a final Directive COM (2018) 334 which revises directive 92/83 / EEC aims to strengthen legal security by clarifying some provisions which could entail additional administrative costs for economic operators.

This proposal for a Directive is currently under discussion by the EU Council. However, the delegations of the Member States undertook, at the meeting of 31 October, 2019, that entry into application of the draft amending Directive should be set for 1 January, 2022 (the deadline for transposition into national law is fixed at 31 December, 2021).

These new developments should facilitate trade by reducing the constraints on operators and also by offering them a more secured framework in the management of their flows. It is up to the Member States now to transform this perspective into reality very soon.

EUROTAX, holder of several excise statutes in France and in Europe, provides you with its assistance in alcohol excise duties in order to declare and manage your taxes in several Member States of the European Union.

Do not hesitate to contact us for more information. 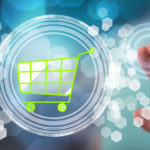 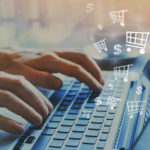 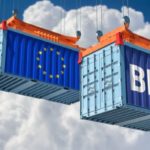